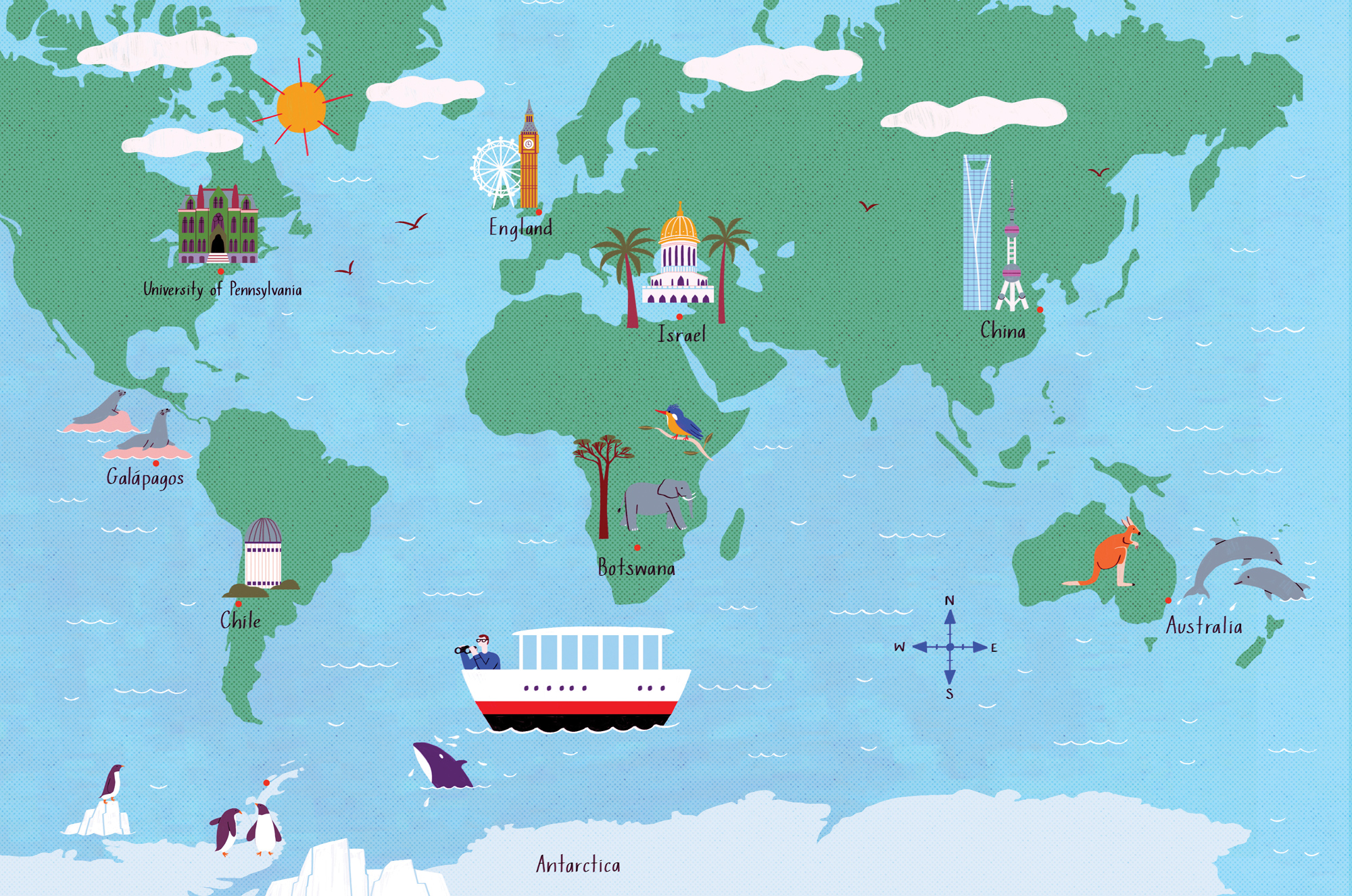 Where in the World Is Michael Weisberg?

The Professor and Chair of Philosophy has made recent stops on every continent.

The Galápagos Islands are Weisberg’s most frequent destination. He visited in May 2018, September 2018, January 2019, and again in July 2019, each time for research funded through the School’s Making a Difference in Diverse Communities grants. He is a leader of the Galápagos Education and Research Alliance (GERA), a partnership between Penn faculty and the people of the Galápagos, particularly the community on San Cristóbal Island. GERA projects address issues where ecology, climate change, poverty, and educational inequality intersect. The longest-running GERA project focuses on protecting endangered sea lions, promoting positive attitudes toward conservation, and encouraging philosophical questions about science.

At the Las Campanas Observatory in Chile, Weisberg is working on a documentary about the search for dark matter. The observatory, located in the Southern Atacama Desert, is the principle observation site of the Carnegie Institute of Science thanks to the location’s altitude and lack of light pollution. It’s home to five high-powered telescopes. He visited the site in summer 2018.

Cheers! In July 2018, Weisberg touched down in London, England, to visit with former students.

After his pit stop in England, it was on to Botswana, where Weisberg was the faculty host for a Penn Alumni trip. Highlights of the trip included the Cradle of Humankind, a World Heritage paleoanthropological site, and Moremi Game Reserve, home to species including lion, elephant, buffalo, giraffe, hyena, zebra, kudu, lechwe, tsessebe, and antelope. As a scholar of social attitudes toward scientific issues including climate change and conservation, Weisberg was on hand to complement the scenery with lectures and offer food for thought.

In August 2018 and 2019, Weisberg took a trip down under to attend the Philosophy of Biology at Dolphin Beach workshops in New South Wales, Australia.

In October 2018, Weisberg visited East China Normal University in Shanghai, China to give a lecture on community science in the Galápagos.

In early 2019, Weisberg journeyed to Antarctica on another Penn Alumni trip. Weisberg and a group of intrepid alums sailed from Argentina, crossing the legendary Drake Passage and viewing natural wonders including icebergs, volcanic craters, and a colony of penguins.

Weisberg has made two recent trips to Israel. The first, in 2018, was to attend a conference at Hebrew University in Jerusalem. The freshest stamp in his passport is from September 2019, when he traveled north of Haifa to investigate the potential for community science partnerships like the ones he works on in the Galápagos.