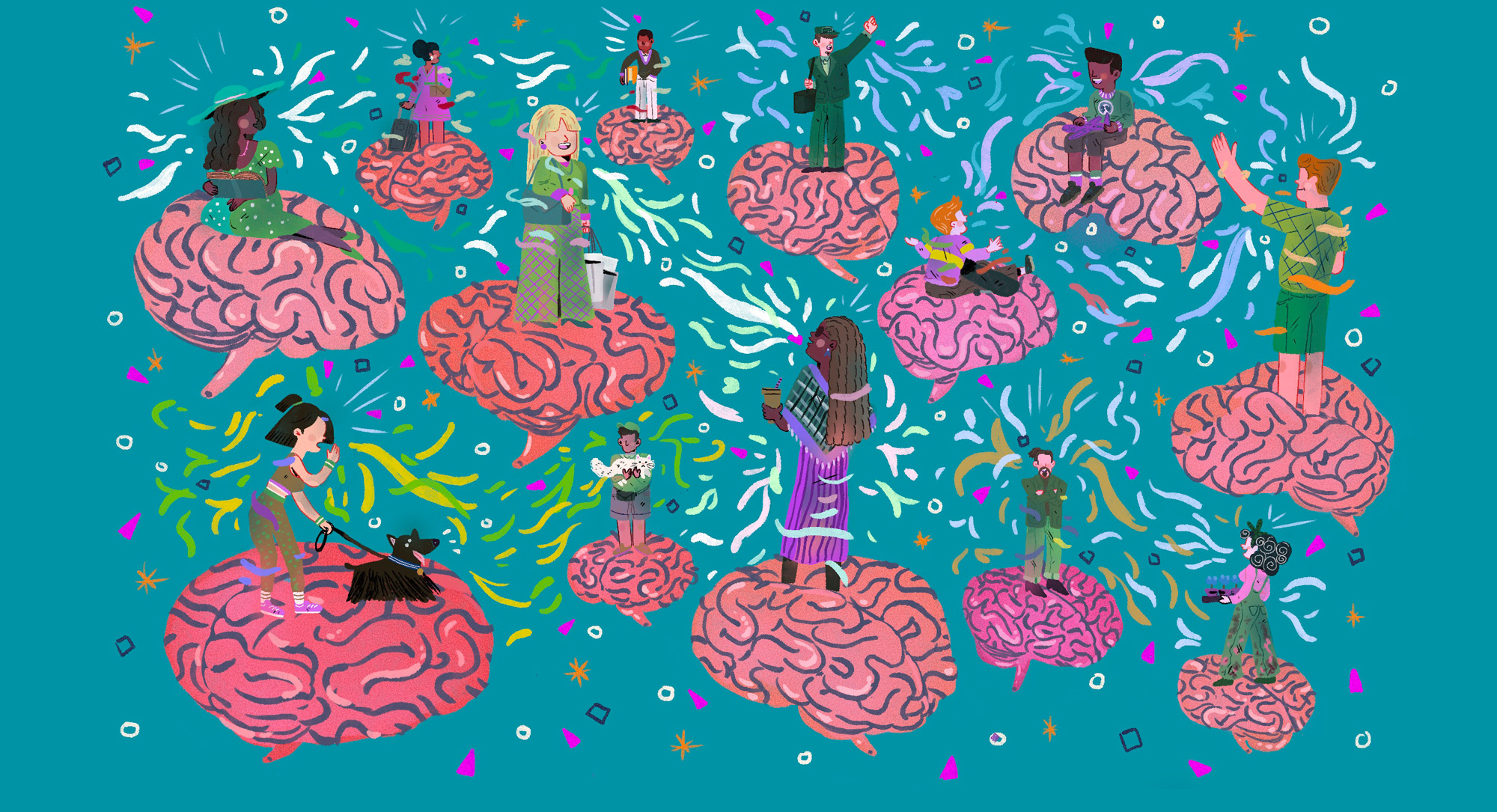 Nicole R. Holliday, Assistant Professor of Linguistics, on the science of what we say and how we say it.

For most of us, it can be difficult to understand what is going on at the cutting edge of scholarship. OMNIA 101 offers readers a peek into what faculty do every day in their classrooms, and how they bring their expertise to the next generation.

“Back when there used to be parties, I’d go to a party and say, ‘I’m a linguist,’ and so many times people have said, ‘Oh, I’d better watch my grammar around you,’” says Nicole R. Holliday, Assistant Professor of Linguistics. “And I’d laugh because actually I am the least judgmental person about your grammar.”

Linguistics is the scientific study of human language at every level, from the sounds and gestures of speech up to the organization of words, sentences, and meaning. Linguists do care if you say who or whom, but it’s data to them. How we learn and understand language, and the relationship between language and cognition, society, and history are central to their field.

Language is a fundamental, unique part of being human, and it touches almost every aspect of our lives. Linguists at Penn study how children learn to talk, how language changes and adapts, speech recognition, sign language and, yes, grammar.

We asked Holliday to give us the basics of the science of how we speak.

Basically, linguists are interested in language as a science, as a system. How does it work? That’s a really big question. A lot of linguists are interested in how language is stored in the mind or in the brain, its structure, and its universal characteristics and variants. Some languages have a word order that’s the subject and then the verb and then the object. Some languages have a word order that’s subject, then object, then verb. What are the limits?

Every person in the world has information in their head about how to be a native speaker of their language, whatever their first language input is. We look at all of that information and try to reverse-engineer that to learn, “What do they know?”

What are some of the language variables that linguists study?

For us, grammar doesn’t mean this set of rules they drilled into you in high school, but the structure that speakers have in their mind that allows them to put together the elements of language—the sounds, the words, the sentences—in a way that makes it possible for them to express what’s in their mind. Speakers are experts on their grammar of their native languages. Of course, when speaking we can trip over our words, but we don’t usually make errors related to the rules of our language.

I work on intonation—the pattern of how your voice goes up and down. In most versions of American English, for example, we expect the speaker’s voice to be high at the end when they say, “Is today Thursday?” But that’s not always what happens. I’m interested in understanding when people do or do not conform to our standard expectations for language, and what that means.

People are very innovative with language. Language change precedes and follows a lot of other types of social changes. So, when you start to see people doing a thing that is not the norm in intonation or the way that sounds are pronounced or anything, this usually can tell you something about what’s happening in the society as well.

What is some of the most innovative research in linguistics right now?

As we get more machines that we interact with using language, the way technology can be biased has come up a lot. Several recent studies have shown that Black speakers in the U.S. are more likely to be misunderstood by voice recognition systems like Alexa and Siri. If we don’t understand the ways in which language varies and the ways in which this has the ability to reflect social power, we’re going to build systems that reinforce already existing social inequalities.

Can you explain your specialty of sociolinguistics?

I’m interested in how language operates as a social phenomenon. Sociolinguistics in the U.S. was really pioneered at Penn by William Labov in the early ‘70s. The main questions in sociolinguistics are, how does language vary? How does it change? And what does this tell us about the way society is organized? But also, the other way around: When we know things about the way the society is organized, what can that tell us about what’s possible with language?

What’s your current area of research?

I’m interested in the way that micro-level variation tells us information about how people are portraying themselves in society, reflecting their identity as they move through the world. Since the beginning of COVID, I’ve been working on data from public figures like Barack Obama and Kamala Harris, looking at how they use patterns of tone and intonation when they talk about different things or when they talk to different audiences, to tell us something about who they are, but also as part of their political persona.

I don’t mean that anything about this is artificial. Everyone has a persona, a way they are portraying themselves. But when you are a public figure, particularly a politician, your job relies on what kind of persona you can construct for yourself, so they’re really interesting sociolinguistic subjects because we usually know what they want. They want to be appealing. They want to be persuasive. Their motives are clearer than for average people. And so that gives us a starting point to try to figure out, when we see them doing this or that with their language, is that in service of them being persuasive or trying to align themselves with a particular audience?

What can linguistics tell us about humans?

Lots of things. There are some fascinating studies people have done with babies. You can show that infants under a year old can recognize differences between their language and other languages.

Also, language ideologies—the way that people think about different ways of speaking—are so powerful and have so many things in common across the world that if aliens came from another planet tomorrow, they could land anywhere on this planet and ask, “Who here speaks the bad version of the language?” And guess what kinds of other information they would get? They’ll understand who’s poor. They’ll understand if there’s an ethnic minority or a religious minority or a gender minority that experiences discrimination. Because it is always people who are marginalized in one way or another whose language gets picked on.