Megan Robb of the Department of Religious Studies published a book on an early 20th-century newspaper that was influential in creating a shared Muslim identity in South Asia. 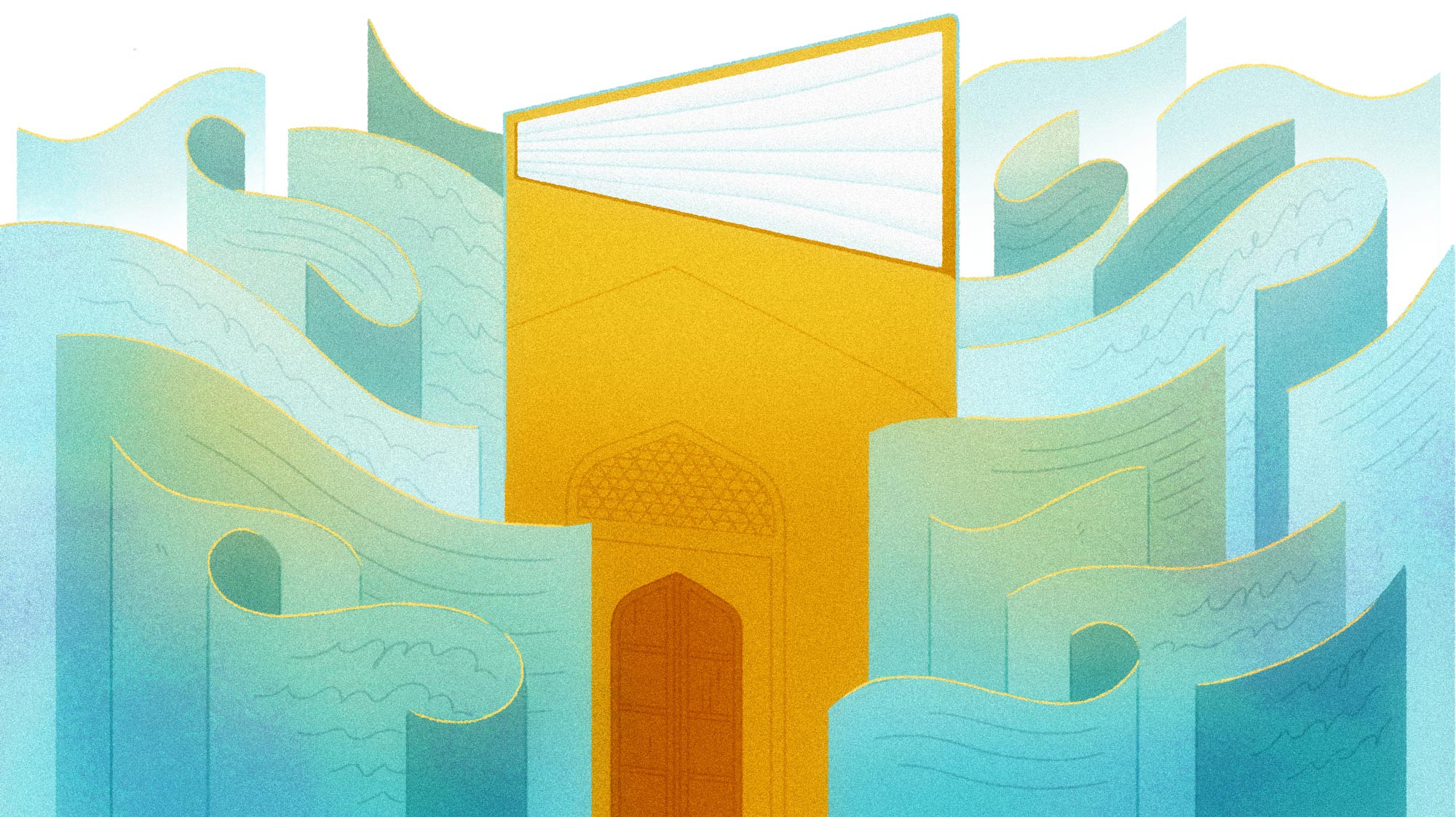 There’s a story about newspapers and print culture that dominates history seminars. It goes something like this: In the Colonial Americas, new technology supported the widespread distribution of newspapers, allowing readers to feel part of the same community even when physically distant, thus giving rise to nationalism as we think of it today. This popular understanding positions the relationship between newspapers and community-building as a distinctly Western phenomenon that was later imported to the rest of the world. But Megan Robb says that’s only part of the story, and her book on an Urdu-language newspaper printed via lithograph in Binjor, India reveals how community, religious identity, and nationalism grew alongside one another in the early 20th century, while India was under British rule.

“What I'm trying to argue is that the history of how print technology developed alongside ideas is really distinctive to South Asia, especially when we talk about the language of Urdu,” she says. “I'm interested in thinking about how South Asia had its own history of print and the Urdu language interacted with print technology in a unique way.”

The book, Print and the Urdu Public: Muslims, Newspapers, and Urban Life in Colonial India, focuses on the Madinah, published in Binjor, a qasbah. Robb, Julie and Martin Franklin Assistant Professor in Religious Studies, explains the meaning of qasbah can vary, but in South Asia, it typically refers to a place larger and more bureaucratically significant than a village, but not as large and commercial as a city. Qasbahs are often centers of local trade and have a significant Muslim minority, if not a small majority.  Madinah, published in a qasbah with minimal financial and cultural connections to the wider world, became an influential voice in Northern India and what is now Pakistan.

Robb began researching the paper when, as a graduate student at University of Oxford, she discovered a complete archive of Madinah on microfilm and realized that few people had studied it. Her graduate research focused on close readings of the paper, but her interests evolved over time. One shift came when she got the opportunity to meet the descendants of Majeed Hasan, the paper’s founder. Another occurred when she arrived in the Department of Religious Studies at Penn.

“I was really energized by our department's emphasis on material culture and material religion. I decided to start my training as a lithographer and to get a sense of how typography worked as a field,” she says.

This training lead Robb to questions about how newspapers move through the world as physical objects. No one had really explored those questions in the history of Urdu, she says, “partly because newspapers are often treated as disposable objects. People mistakenly view them as just records of things that happened instead of places where ideas and identities were worked out. Ultimately this book is the first to really talk about how lithographic newspapers are produced.”

Part of this unique aspect of Madinah is related to the Urdu language itself. Metal typesetting allowed a proliferation of newspapers in Western nations, but Urdu characters would not be legible if printed that way. Lithography—a printmaking technique in which characters or images are drawn on a stone or metal plate and transferred to paper via a chemical reaction—flourished instead. This technology is cheaper than typesetting, which meant that qasbahs like Binjor could have the resources for large-scale print and distribution.

Robb is quick to point out that Urdu is not an essentially Muslim language. While in contemporary South Asia there are associations between Urdu and Islam, and Hindi and Hinduism, this hasn’t always been the case. In fact, the associations are relatively recent phenomena and need to be historicized, according to Robb. Since newspapers like the Madinah helped create those associations, studying Madinah helps with this task.

Madinah’s writers were a close network of friends and family, who, Robb discovered in her interviews, often lived together in addition to working together. This relatively small group of people, she says, were hashing out what it meant to be Muslim in an India under British rule. Identity and community were not fixed, but instead were being created and interrogated through the paper.

This is where the idea of a “public,” from the book’s title, is important. “The public is not something we can look at and simply say, ‘oh look, its formed,’” says Robb. “Instead, inherent in the idea of the public is always a conversation: ‘What is this thing that we're in? What are the boundaries of this conversation that we're having?’”

Robb says her training as a historian and role in the Department of Religious Studies allows her to take religion seriously, not as something that defines identity, but as a site where people work out their political and cultural affiliations. Ultimately, her book argues that the Madinah was a product of the qasbah even as it created understandings of the qasbah and Muslim life that reverberate today.