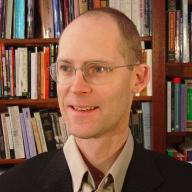 A century-and-a-half ago, Charles Darwin established adaptation as the central focus of evolutionary biology. But for contemporary scholars, says James English, Professor of English, the concept’s relevance extends far beyond the sciences. “In the first decades of the 21st century, we seem to be facing more rapid and dramatic and potentially cataclysmic changes than in the past,” he says. “Adaptation—in the sense of what kinds of adjustments to the new are possible, desirable, inevitable—is a vitally important concern.”

For this reason, “Adaptations” was deemed an especially fertile theme for the coming year’s Penn Humanities Forum, an initiative launched in 1999 with the mission of using humanistic knowledge and expertise to promote an ongoing interdisciplinary conversation between scholars, artists and the general public. “This is a topic that resonates across most fields in the humanities and especially at the points where the humanities intersect with the arts and with the sciences,” says English, who became director of the Forum last year.

“In the first decades of the 21st century, we seem to be facing more rapid and dramatic and potentially cataclysmic changes than in the past. Adaptation—in the sense of what kinds of adjustments to the new are possible, desirable, inevitable—is a vitally important concern.”
– James English

English collaborated with Associate Professor of History Warren Breckman, the “Adaptations” topic director, to develop the theme and organize the Forum’s 2011-2012 series of public events, which includes lectures, panels, exhibitions and performances that will inspire audiences to think in new ways about adaptation as a process.

In his October talk, for example, Berkeley anthropologist Terrence Deacon will argue that the evolution of adaptations enabling humans to use language involved not only a positive process of refinement, but also the degeneration and erosion of certain innate skills. And in February, "Pleasures and Pitfalls of Film Adaptation" will explore how cinematic adaptation no longer assumes fidelity to a literary original as a goal—or even as a relevant criteria of evaluation. This roundtable discussion will feature SAS faculty Timothy Corrigan, Professor of English and Cinema Studies, and Carolyn Abbate, Christopher H. Browne Distinguished Professor of Music, and will be accompanied by a spring film series. Other highlights among this fall’s public events are “Time Travel Safari,” a talk by Olivia Judson, evolutionary biologist, writer, and science blogger for the New York Times; and "The End of Capitalism?" a lecture by CUNY professor David Harvey on how nations, communities and individuals adapt to economic upheaval.

In addition to its public events series, the Forum supports theme-related scholarship through fellowships for undergraduates, graduate students, postdoctoral researchers and faculty. Adam Croom, C’12, is planning to propose a new account of the evolutionary origins of music. And English doctoral student Alyssa Connell is exploring how 18th-century British writers adapted to a society increasingly shaped by the presence of consumer goods.

Penn Humanities Forum graduate fellows also have the opportunity to participate in a weekly Graduate Humanities Forum, which Breckman will lead this year, as well as a graduate student conference, where they can deliver papers. In the Undergraduate Humanities Forum, to be led this year by Heather Sharkey, Associate Professor of Near Eastern Languages and Civilizations, undergraduate fellows will have the chance to discuss classic texts about adaptation; have private luncheons with Forum public speakers; and present their research at a spring conference.

“In most cases, this is the first academic conference the undergraduates have participated in,” English says. “It's a great experience for them, and the quality of their work will knock your socks off.”