That's What Friends are For?

By B. Davin Stengel 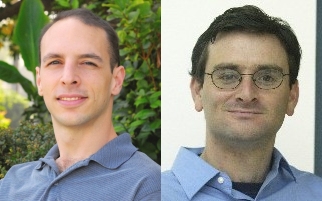 If you’ve ever designated your “top friends” on MySpace, Facebook or another social networking website, you may have done more than give a nod to your favorite people on that particular platform. According to the alliance hypothesis for human friendship, by externalizing an activity that is often concealed—namely “friend-ranking”—you may have been inadvertently acting against your own best interests, sharing information that could lead to unfavorably shifted loyalties throughout your social circle. While we all stand to benefit from ranking our friends, the theory holds, in many instances we have more to gain by doing so covertly and, more importantly, in accordance with our own perceived position in our friends’ rankings.

In contrast with traditional evolutionary approaches that describe human friendship in terms of reciprocal altruism, the alliance theory put forth by Postdoctoral Research Associate Peter DeScioli, Gr’08, and Associate Professor of Psychology Robert Kurzban proposes that human friendship is caused, in part, by cognitive mechanisms designed to assemble support groups for potential conflict.

“We find that human friend cognition shows patterns consistent with an alliance-building function,” write DeScioli and Kurzban in their recent study published in PLoS ONE and funded by the International Foundation for Research in Experimental Economics. “The alliance hypothesis offers an additional way to conceptualize and investigate human friendship. … [It] draws attention to people’s assessments of relative metrics rather than absolutes.”

"We're not just fighting with claws and teeth and running and kicking and punching. We're fighting by convincing other people to take our side." - Peter DeScioli

Derived from ideas developed in game theory and grounded in the field of evolutionary psychology, DeScioli and Kurzban’s hypothesis aims to account for the evolved function of human friendship—to explicate the adaptive problems that friendship could have solved, as well as the mechanisms that could’ve given rise to it.

“In all different species you see disputes over resources, and these disputes are carried out in different ways,” explains DeScioli. “Sometimes they’re violent, and animals fight to the death; sometimes they’re not violent at all and are settled by cautiously escalating threats.”

In the case of humans, there’s a feature of disputes that DeScioli finds particularly interesting. Although they often originate between two individuals, conflicts between humans rarely stay confined to the original pair.

“If you have a dispute with your landlord, or with your neighbor, or with someone at work, it usually doesn’t stay just between the two of you,” he asserts. “You quickly tell everyone you know, and then, if there’s some overlapping social network, people start to put pressure on one side or the other. We’re not just fighting with claws and teeth and running and kicking and punching. We’re fighting by convincing other people to take our side.”

“Once disputes are resolved through coalitions, this sets up the problem of how to prepare yourself in advance of conflicts,” DeScioli explains, “because you don’t want to wait until a fight breaks out to prepare for it. One thing you can do is self-defense training, but another thing you can do is build a bunch of relationships, so that those people will take your side when conflicts arise. And just to be clear, this is not confined to violent conflicts. This could be any type of dispute. From trivial arguments to heated negotiations to deadly fights, the same alliance dynamics hold.”

To thrive in a world of alliances, the theory posits, people have to be capable of making quick decisions about whose side to take in a conflict—that is, to rank their friends.

As part of DeScioli and Kurzban’s study, participants were asked to allocate a finite number of “friendship points” to their 10 closest friends, with points distributed in proportion to participants’ relative closeness with each friend. Interestingly, the biggest differences in point allocations were between individuals’ first and second closest friends. Study participants gave about 25% of their friendship points to their first-ranked friends—versus about 15% for their second-ranked friends—suggesting that when faced with tradeoffs individuals are able to compare the value of one friendship to another.

But how do we decide which friends are more valuable? In an alliance world, your most valued friends would be those whose strongest loyalties are to you, rather than others. To test whether this concept might be operative in friend-ranking, DeScioli and Kurzban asked their study participants to indicate how they thought their friends ranked them. Study participants also shared detailed information about each of their 10 closest friendships—including frequency of contact, similarity, number of secrets shared, perceived benefits related to the friendship, and how long the friendship has been ongoing. What DeScioli and Kurzban found was that friendship rankings correlated most strongly with participants’ own perceived ranking among each friend’s other friends.

Alliance dynamics might also be useful in explaining phenomena that seem inconsistent with reciprocity theories of friendship, such as jealousy and relational aggression among friends. Even though friendship clearly isn’t a finite resource in the usual sense, there does seem to be a widely held notion that our friends only have so much friendship available to share, and we notice how it’s distributed.

“This is a feature that distinguishes an alliance world from an exchange world,” says DeScioli. “One of the things that modern economics tells us about the exchange world is that it’s extremely far from zero-sum. The more trades, the better—and if your trading partner is trading with others, chances are that that will put them in a better position to trade with you, and that’s often a good thing from your perspective. The alliance world is different. Every time someone takes a side in a conflict, they are necessarily siding against someone else.”

DeScioli and Kurzban are already pursuing additional friendship studies. “This is the first paper to propose this hypothesis, so there’s a ton of work to do,” says DeScioli. “We’re trying to think of situations in the world where rankings among friends are forced to be made explicit. For example, when people have a wedding they often have to identify a best man or a maid of honor, and that can be a very potent situation. Any context in which people are induced to make clear these priorities should be very psychologically rich.”