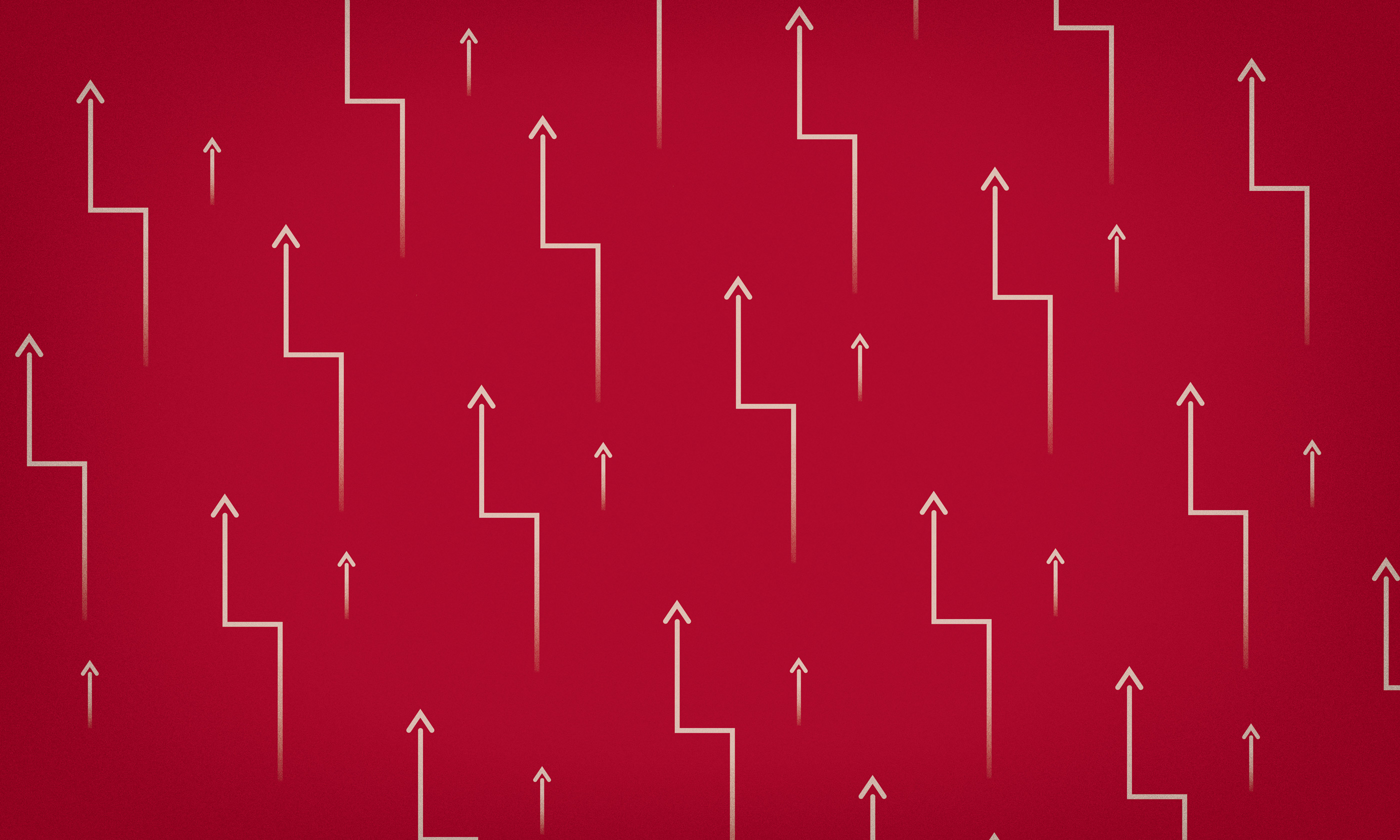 In 2014–15, Katherine Maughan, C’09, was working with the Upright Citizens Brigade writing sketch comedy in New York City. She was five years out of Penn and found herself at a professional crossroads.

“I decided I wanted a more stable path than comedy, but I knew I wanted a career that incorporated elements of what I loved most about it: collaboration, creativity, and analytical thinking,” she says.

As a young alumna, Maughan made a major shift to work in technology product marketing. She credits the Penn Arts and Sciences Professional Women’s Alliance (PWA)­— an organization intended to help female students and young graduates connect with professionally accomplished alumnae for mentorship, professional development, and career exploration—with assisting her during a critical time.

“For me, PWA came along at this perfect moment,” she says. “I was immediately tapped into this incredible network of successful women in the middle of making a creative transition. It’s been invaluable to get unbiased advice from other women at similar stages in their careers.”

Today, Maughan does product marketing for The Knot, an online, all-in-one wedding planner that is part of the XO Group. Though life is busy, she makes time to attend PWA events in New York City and on campus, including a 2017 talk on “Making Behavior Change Stick” by Angela Duckworth, Christopher H. Browne Distinguished Professor of Psychology, a MacArthur “genius” grant winner, and author of Grit: The Power of Passion and Perseverance.

“PWA programming is so valuable—particularly the mentoring and networking events—but it’s also fun,” she says. “It’s nice to just sit back, flex different parts of your brain, and have a glass of wine with incredible women after a day of work.”

One of those women is Jamie Handwerker, C’83, PAR’19, Partner at KSH Capital, a real estate private equity firm in New York City. Handwerker has chaired PWA since its launch, and no one believes more in the necessity of a professional networking and development group targeted specifically to young women.

Handwerker has chaired PWA since its launch, and no one believes more in the necessity of a professional networking and development group targeted specifically to young women.

She explains, “I was graduated from Penn in 1983 and worked full time in executive positions throughout the various stages of my life. At that time, there weren’t a lot of women who did that. That’s why I wanted to get involved in mentoring other women at Penn—to create that thing that I had always felt was lacking for women."

Handwerker leads PWA’s 60-plus members and small advisory board. Members hold senior roles across a variety of industries, united by their deep appreciation and understanding of the value of a liberal arts education as it relates to the workplace and the importance of exposing young women early to diverse career paths. In addition to their time, these women are also committed to supporting the liberal arts by including Arts and Sciences among their philanthropic priorities.

PWA now offers upwards of six events per year devoted to career exploration, networking, mentorship, and professional development for both students and alumnae. In addition to PWA events, members and young alumnae enhance existing programs, such as the College Alumni Mentoring Series (CAMS) and Discovery Days, by volunteering as speakers and hosts.

Jean-Marie Kneeley, Vice Dean of Advancement at Penn Arts and Sciences, has been at Penn for more than 25 years and says PWA is different from any program she’s seen and is serving a critical need.

“The gift of a liberal arts education is that students are equipped to embark upon any career path after graduation, but the choices can sometimes feel paralyzing,” she says. “PWA helps make those choices tangible.”

For undergraduate Emma Lu, C’21, W’21, a Discovery Day at the Canadian Imperial Bank of Commerce (CIBC) was an opportunity to get a glimpse into a career she imagined she’d enjoy but couldn’t otherwise confirm.

“Often, freshman have limited access to internships and students have to wait until junior year to get a taste of a career they might be interested in,” Lu says. “I find that limiting because you may miss out on alternatives that are better fits, which is why Discovery Days are so wonderful."

Lu shadowed and had one-on-one access to PWA Advisory Board Member Lola Tsetlin, C’96, Executive Director, Institutional Commodities Sales at CIBC, and experienced firsthand what a career in investment banking might look and feel like. She left with a greater interest in the field.

Leah Hess, C’19, attended a mentoring meal through the College Alumni Mentoring Series (CAMS) featuring PWA Member Lauren Robbins, C’04, Global Head of Institutional Banking and Markets at Salesforce, and was so inspired that she applied for a Salesforce internship. During the internship, Hess and Robbins were able to connect in San Francisco.

PWA programming helped Lu and Hess feel they were part of a network of peers who shared similar questions and concerns. Lu says that her participation in the PWA Career Roundtables was a reassuring experience: “I realized that it’s very common for people to not know what they want to do after graduation.”

Career Roundtables provide students an opportunity to learn about a wide variety of career paths and to build relationships with alumnae through a speed-mentoring format. Alumnae spend a set amount of time with each table of students, sharing a “day in the life” and answering questions about their career and industry, allowing students to learn a great deal in just one evening’s time.

Enriching programming like Career Roundtables might not have come to fruition had it not been for the insights of Liza Johnson, C’15, who was president of the Women in Leadership Series (WILS) as an undergraduate. As the leader of WILS, which connects Penn students with established women leaders, Johnson had a unique perspective on the challenges that female students in the College faced.

“Early on, we asked Liza to help us understand what types of programming would be most beneficial to students in the College,” explains Erinn Carey, Director of Global Alumni Engagement at Penn Arts and Sciences. “With her insights, we came up with the Career Roundtables event, which we now host every semester in partnership with WILS and Career Services.”

“Oftentimes, as a student, you don’t know what people do on a day-to-day basis and how they got there. PWA makes that transparent.”

Last year, Johnson, who is now Operations Lead for Special Projects at Lyft and a loyal PWA event attendee, returned to campus as a Roundtables presenter. She found the experience gratifying, particularly answering student questions related to interviewing, internships, and her job duties. “Oftentimes, as a student, you don’t know what people do on a day-to-day basis and how they got there,” she says. “PWA makes that transparent.”

Johnson adds that attending PWA events has also resulted in a stronger professional network for her personally. “It’s really nice to have people outside of my current job that can act as advisors and with whom I can be real and honest,” she says. “I particularly appreciate those women who are maybe 20 years older than I am—they have so much more perspective on a career over the longer term.”

Seasoned alumna Sofia Chang, C’91, a member of PWA’s Advisory Board, was inspired to become involved because of the group’s mission to assist young women in career development and exploration. As Executive Vice President of Worldwide Digital Distribution and Home Entertainment for HBO, Chang has accomplished a tremendous amount, but remembers often feeling she had to work doubly hard as a woman and particularly as a minority to get where she is today.

“A man once told me that I didn’t get a job because I didn’t ‘command any presence’ when I walked into a room,” she reflects. “I’m 5'1" and he was 6'8". There is only so much presence I can command physically, but I had to adapt. I always wear bright colors. I try to wear heels. You know, there are many situations where I find myself being the only woman—or the only woman of color—in the room, and I never sit in the back. I always sit in the front. I had to learn that.”

Sharing hard-won lessons with young alumnae is something Chang enjoys in and of itself, but she adds, “PWA has not only been a platform to help other women, it’s also been a great platform to expand my own network.”

She adds, “I think women need different networks at different times, and I’m at a stage in my career where I’m looking to build, sort of, my own board of directors to bounce ideas off of. PWA has connected me with some of those people, like Jamie Handwerker, with whom I just recently had lunch.”

Chang and Handwerker both graduated from Penn more than 25 years ago and have successfully built careers in environments with very few women. Yet, they can now step into a PWA event and be greeted by a sea of accomplished students and professionals.

“We have more than a hundred people in attendance at every event,” explains Handwerker with pride. “That’s a powerful network for any woman."

Since PWA launched three years ago, Penn alumnae have gone out of their way to help the next generation, according to Handwerker.

“Our PWA members know that whoever helped them had a meaningful impact on their careers and thus, their lives. They want to do that for others. The fact that we’ve created a structure around it is the immense value that PWA brings.”