In this video Q&A, Eve Troutt Powell provides a historian's perspective on the Egyptian uprising. 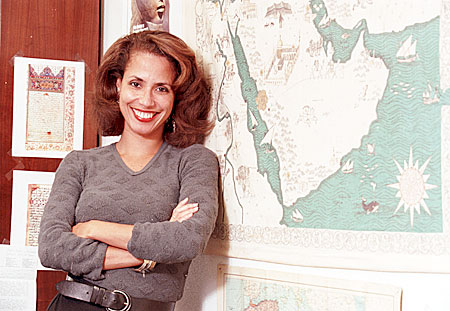 Egypt's mass protests and the resulting overthrow of Hosni Mubarak's thirty-year presidency took much of the world by surprise. But Associate Professor of History Eve Troutt Powell believes that although Tunisia's recent revolution roused Egyptians, their own uprising was inevitable, fueled by decades of grievances against Mubarak's autocratic regime, including economic stagnation and human rights abuses.

A cultural historian who specializes in the modern Middle East, Troutt Powell first went to Egypt in 1983 on an internship with the American University in Cairo. She has spent half her life traveling back and forth to the country, and is the author of A Different Shade of Colonialism: Egypt, Great Britain and the Mastery of the Sudan. She is now working on a book about the memory of slavery in the Nile valley.

"Egypt has a history of political activism and political revolt...this is a country that knows how to rise up and articulate its needs when necessary."
- Eve Troutt Powell

As the most populous country in the Arab world prepares for its new future, Frontiers sat down with Troutt Powell to discuss its past. In this video Q&A, she talks about the forces of history behind the revolution, its key players and its transformative impact around the world.

Egypt is no stranger to revolution, having gone through two others in the past 100 years. How can this history help us understand the current uprising?

Prior to this revolution, how were Egyptians expressing their opposition to the Mubarak regime?

What role have Egyptian women played in the revolution?

There are concerns, stemming from Muslim Brotherhood’s involvement in the revolution, about the potential rise of a theocratic regime in post-Mubarak Egypt. Based on this group’s role in Egypt’s history, how would you respond to these concerns?

The Egyptian military says it will shepherd the transition to a more representative government—a promise viewed with skepticism by many in Egypt and around the world. What shape do you think this transition will take?

Given the impact of Mubarak’s toppling on other Middle Eastern countries like Bahrain and Yemen, it’s easy to overlook the fact that Egypt is part of Africa as well. What does the revolution mean for Egypt’s African neighbors?
What will the global impact of these events be?