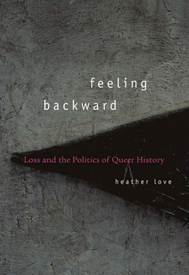 Since she was a child, Heather Love, M. Mark and Esther K. Watkins Assistant Professor in the Humanities, depended on reading to be more than just a hobby. "Literature served a really crucial function for me," Love explains. "It was a kind of imaginative space to think about other ways of living and other possibilities."

As literature went from a survival strategy to an object of study in Love's life, she developed an interest in the connection between literature and fantasy and gay and lesbian identity. She discovered that her understanding of late 19th-century and early 20th-century works that explored lesbian and gay culture and identity did not jibe with current criticism of them. Dark ideas and emotions often permeated these early works, which were created in an environment of oppression and inequality. Love found that contemporary critics tended to condemn these negative themes and feelings, or ignored them to focus only on the works' positive aspects.

"Critics would either say 'this book is too dark, and isn't relevant to us today' or they would say that even though the works contains a lot of dark ideas, lets look for the positives - for the brighter moments," Love says.

Love, however, feels that understanding and valuing these negative ideas and emotions are essential to forming a more comprehensive and truthful understanding of the experiences of gays and lesbians in the past and the present. In her recent book, Feeling Backward: Loss and the Politics of Queer History, Love reclaims the dark feelings of the historical gay experience through readings of early-19th and late-20th century writers such Walter Pater, Willa Cather, Radclyffe Hall and Sylvia Townsend Warner. Love focused on this time period because it when homosexuality first emerged as a public and political identity. She chose writers who were often ambivalent or negative about this societal transformation, but are considered seminal literary figures in gay and lesbian history.

"I was trying to think about figures that don't fit into our progress narrative and resist our desires to reclaim them and include them in our history." Love says.

Love argues that only by recognizing and respecting the contrary and negative aspects of gay and lesbian history can we be more insightful about how this history continues to impact the present. This is especially important in light of the current phenomenon that Love calls "gay normalization or gay mainstreaming." Many benefits accompany the move to the mainstream of gay and lesbian culture, such as gaining more rights and access. But Love feels that this move can also valorize the ideas that there are no longer inequities and no more value in a gay and lesbian culture that departs from the mainstream.

"There are still massive inequalities and there are still dominant negative stereotypes, and people have suggested we combat these notions by getting positive role models and representation into the media," Love says. "That helps, but when you start thinking that these positive role models and messages completely resist the effects of these inequalities of stereotypes, you're not actually dealing with people's real experiences."

Love believes that by looking backward at writers who expressed ideas and emotions at odds with today's mainstream, we can mine the possibilities of literature to suggest new discussions on social change that are more realistic and more attuned to people's actual feelings.

"I think there are many aspects of historical gay and lesbian culture, of not being 'normal,' that were really productive and interesting," Love says. "I hope the book helps reorient academics and students to suspend judgment and think about the full range of representations of gay and lesbian life."