Amanda Shulman, C’15, went from hosting dinner parties in her dorm room to opening her own Philadelphia restaurant. 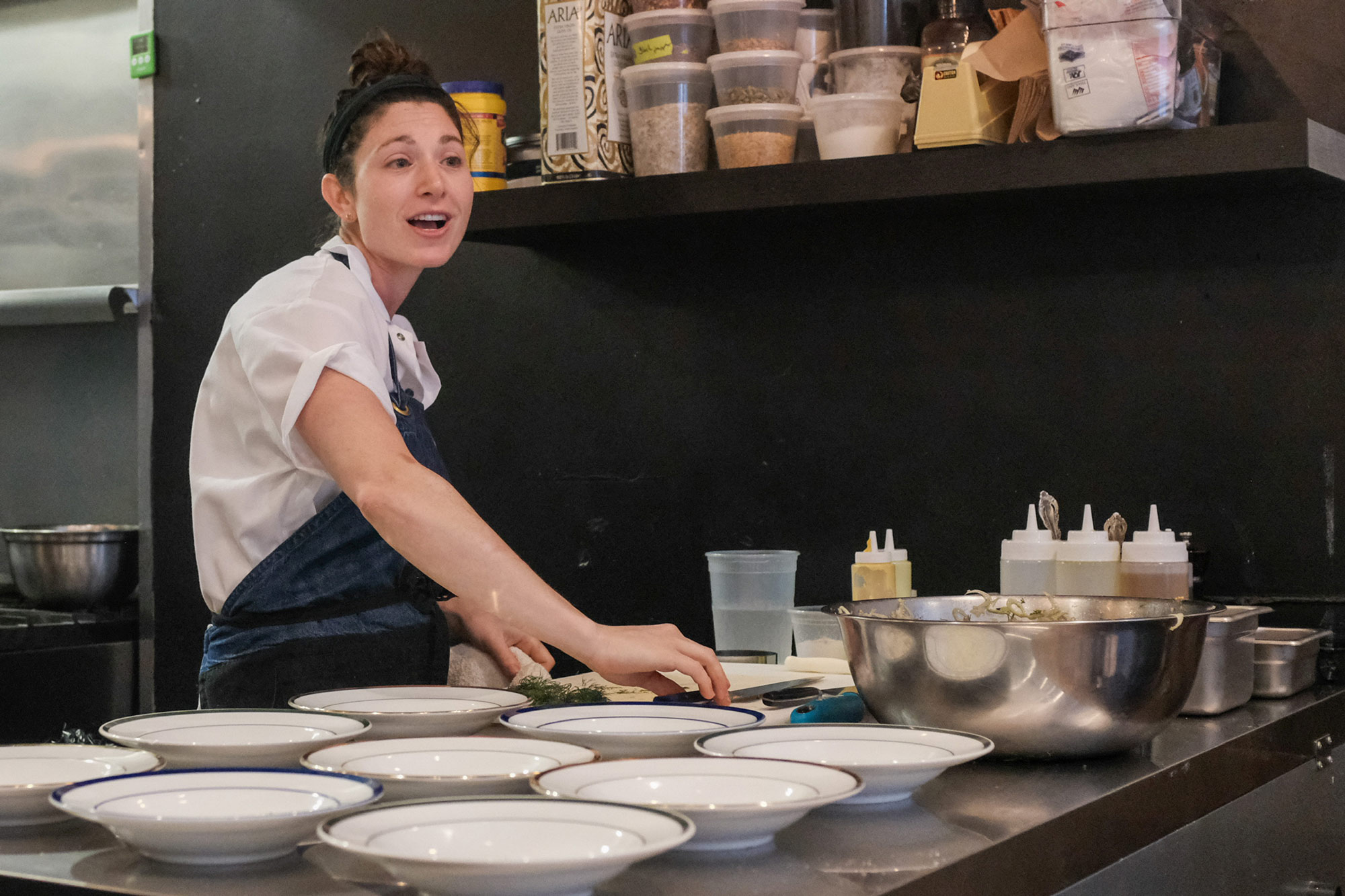 When Amanda Shulman, C’15, first came to Penn, she planned to graduate and work for the United Nations or become an international correspondent. She double majored in political science and journalism to prepare, but life had other plans.

Although cooking and food had always been a big part of Shulman’s life, she never envisioned it as a career until she started hosting supper clubs in her dorm room and using classroom assignments to get closer to kitchens. “I would use my journalism assignments as an excuse to meet chefs and try restaurants. That’s actually how I ended up finding my way into kitchens in Philadelphia,” she explains.

Here, Shulman discusses how she parlayed a dorm-room supper club into an impressive culinary career working with renowned chefs and ultimately, opening her own restaurant, Her Place Supper Club on Sansom Street near Rittenhouse Square.

How did food and cooking become such a large part of your life?

I come from a big Jewish family where everything revolves around food. Every night's a holiday. Everything is, “How do we keep everyone together?” We keep them home for dinner!

When did you realize you wanted to become a chef?

I’ve always loved feeding people and working with my hands, but I’d never really thought about doing it for real. Two experiences really made it click for me during my sophomore year at Penn. First, I spent a day in a restaurant kitchen and immediately thought, "This is it." I liked how tangible it was and un-bureaucratic. You could see the immediate results of what you were doing. Then, I started a food blog and decided to throw a dinner party. I wanted to bring people together from different parts of my life who didn’t know each other. I said, “Oh, just pay me $30 to cover the ingredients” and I got cooking.

That was the catalyst for the supper club dinner series. I ended up doing it every two weeks. I would make my Facebook status: “$35, four courses, message me if you want to come.” I would bring together people from different walks of life on campus and everyone would come, drink, and eat. I’d cook whatever I wanted to make. It was a lot of fun.

Did strangers tend to become friends at your dinners?

Oh, yes. The joke was that my supper club was the next match.com! People would start dating after meeting over my cooking. I met a boyfriend at a dinner. There were a lot of connections that came out of the supper club. More than that, it was a way to meet new people and recognize another friendly face on campus.

There were a lot of connections that came out of the supper club. More than that, it was a way to meet new people and recognize another friendly face on campus.

After graduation, you worked in kitchens from Philadelphia to New York City to Montreal to Bergamo, Italy. Who has most impacted you from those kitchens?

My main teacher has always been Marc Vetri from Vetri Cucina in Philadelphia. I talk to him all the time. He's super generous with his time and advice, and I really take what he says to heart. My chefs in Montreal were amazing. Fred Morin and Marco Frappier, they were really inspirational and taught me a lot about French cuisine, which was super impactful because, at that point, I already knew how to cook, and they opened my eyes to an entirely new type of cooking.

You planned on opening a restaurant and then the pandemic hit. How did that alter your trajectory?

I had to adjust and had this idea to do picnic pop-up baskets. I found a small short-term space, but then, the week I opened, the pandemic restrictions were lifted, so I pivoted again and just started cooking dinner. Her Place Supper Club evolved out of that. We opened June 10th, 2021.

How do you decide what to cook each night?

It's creative and ever changing. I ask myself, “What do I want to eat this week? What would go well? What have I not done?” I like classic food and I'm trying to take things that I love, or I love reading about, and make them a little bit lighter. The new menu will feature one of my favorite dishes from last year, which is a mussels muffuletta. There will also be a pork terrine with a watercress salad on top, as well as a mushroom French toast and a delicious fish stew. I'm excited about it.

Congratulations on being named an “emerging chef” by the James Beard Foundation. How does that feel?

Overwhelming, but so cool. It's like a nod. It feels like a recognition that we're doing something that people are into. It's gratifying to know that people even consider us on that type of level.

What are your fondest memories of Penn?

Honestly, everything about Penn was special. I loved my classes, and I got an amazing education. It was also really special being in Philadelphia. That was a huge part of my college experience. Overall, it was such a beautiful time in our lives—to just be carefree. I’ll never forget warm days sitting on College Green.

Any advice for burgeoning chefs?

Work hard, be nice to everybody, and just keep cooking.