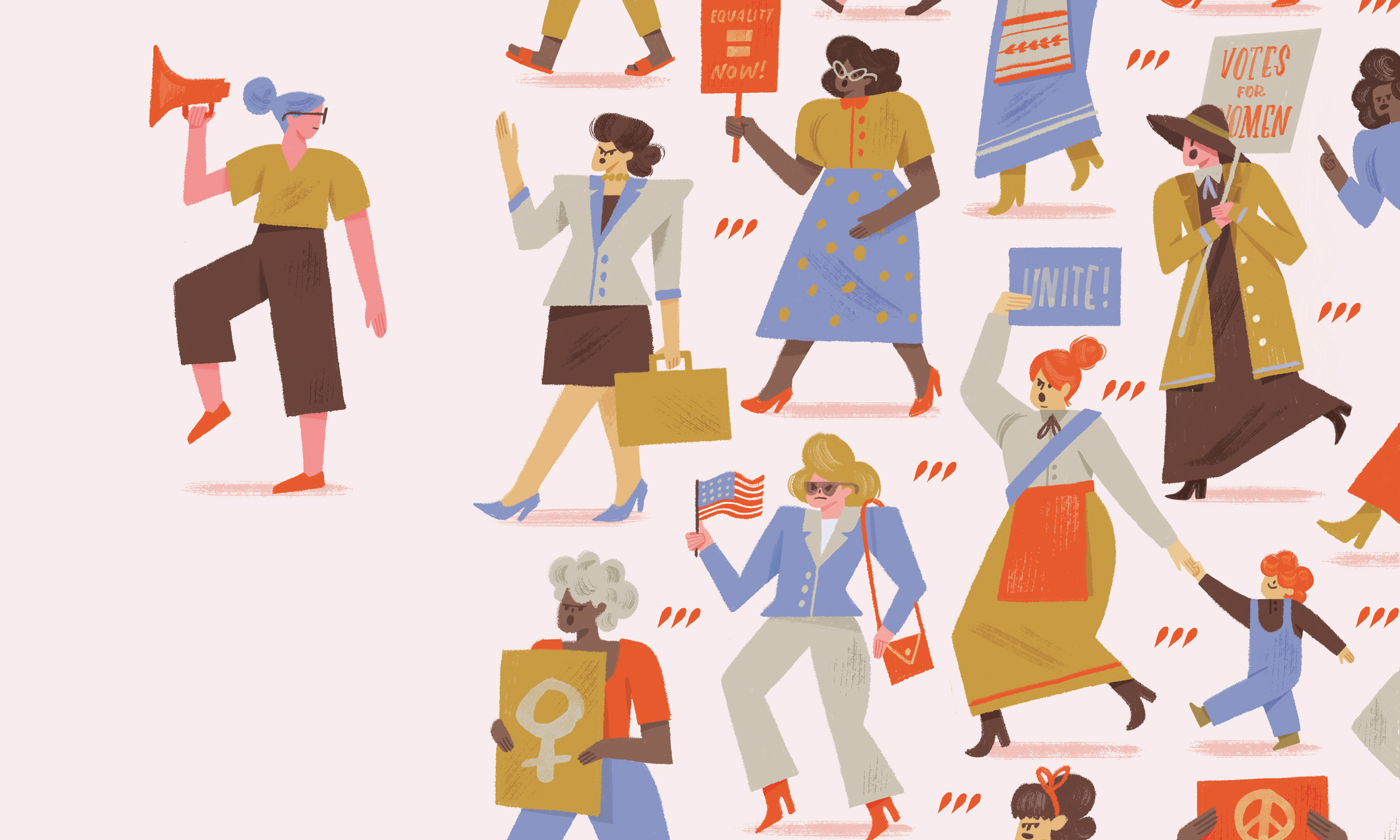 Why (Women's) Politics Hasn't Changed That Much

It is easy, at the moment, to feel like the American political landscape has become unrecognizable. In their headlong race for personal and partisan advantage among a historically polarized electorate, politicians regularly profane the sacred rules and norms that once channeled and contained political energies. Each week brings news of fresh outrages from our elected officials and of new social movements ready to reset the boundaries of the politically possible.

This terrifying uncertainty is not without its opportunities, however, and women seem particularly well-poised to exploit them. Women in every sector of the economy, from academia to the entertainment industry, are speaking out against workplace inequalities and aggressions that were tolerated for too long. Women are stepping up in record numbers to run for office at every level of government.

A century ago, an economic crisis realigned American politics, leaving both politicians and voters scrambling to find their footing on unfamiliar terrain. Then, as now, many women found ways to turn uncertainty into opportunity, demanding and winning rights denied to their mothers and their mothers’ mothers. Then, as now, the differences between women created a formidable organizational challenge and left the movement far from united.

My new book, Forging the Franchise: The Political Origins of the Women’s Vote, explains how in the early 20th century, after decades of struggle, the women’s suffrage movement finally claimed victory. The simple punch line is that women got the vote when they convinced male politicians that female voters would advance the interests that politicians and parties sought to promote. But the deeper narrative is about the how diversity among women presented both suffragists and politicians with a formidable challenge.

To prove that women could be a vital force in electoral politics, suffragists had to form broad and encompassing movements. But the early activists who hailed from white, middle-class backgrounds often failed to connect with women from the working classes, and they generally eschewed association with African American women. Instead of a shared sense of feminist purpose, regional, religious, racial, and class divisions caused many women to identify more closely with their fathers and husbands than with their sisters in struggle.

Yet, the efforts of skilled organizers who worked hard to bridge the divides between women, and particularly between white women, ultimately made all the difference. In the end, by allowing suffragists to tempt and to threaten politicians with the prospect of northern and southern, Protestant and Catholic, wealthy and working-class women giving their support to whatever party endorsed the cause of women’s suffrage, it was cross-class, cross-party coalitions that proved the most influential.

The period and politics my book recounts contains several important lessons for the present.

First, although being a single-issue movement may have tempered the residual influence of the suffrage movement, having one big policy to focus on gave activists a target to shoot at. There were always tensions about whether the suffragists’ agenda should be more diffuse, but coalescing on a particular issue can help a nascent organization congeal and attract funding and converts to the cause.

Second, when present-day movements promote a single issue, we should not forget how the suffragists’ shortcomings and compromises continue to haunt us because the vision of womanhood they promoted was not attainable by all. So leaders of the feminist movement have to decide whether they want to form an agenda that incorporates the concerns of relatively centrist white women, or alienate them in favor of a more diverse coalition. De-centering the white, middle-class, educated, and (in today’s context) urban experience will be key to forming a feminist policy agenda for this century that is more representative of women’s lived experiences.

Third, and more optimistically, we should remember that the suffrage movement was successful because it was a real movement, made up, as my colleague Adolph Reed [Professor of Political Science] would say, of actual people with actual addresses. The extensive networks of suffrage activists were able to picket the White House for months on end, go in and out of jail for public disobedience, and pursue precinct-level mobilization that switched the outcome of New York City’s referendum in just two years. In this moment we too should remember that real people have to do the tough work of educating and mobilizing the next generation of activists.

As we look toward the coming elections and the record numbers of women who have thrown their hats into the ring, we should remember that female politicians are not immune to the baser temptations of the field at large. We cannot rely on women’s presence to get policies passed—promoting gender equality has to be in their interests.

Dawn Teele is the Janice and Julian Bers Assistant Professor in the Social Sciences.