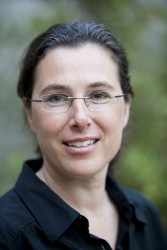 Media coverage of the accident at the Fukushima nuclear power plant in Japan has overshadowed the destruction caused by the devastating earthquake and resulting tsunami. Though there have been many nuclear plant accidents in the past half-century, only a select few have garnered the kind of international attention Japan's current one has. But before there was Fukushima, there was Chernobyl, a name that to this day evokes a certain dread.

"Unlike the partial meltdown at the Fukushima plant, Chernobyl was an all-out meltdown, and the release of radiation continued over many, many years. The Soviets tried to keep it under wraps. This was a society that rejected almost all outside humanitarian aid," says Adriana Petryna, Edmund J. and Louise W. Kahn Term Professor in Anthropology and author of Life Exposed: Biological Citizens After Chernobyl. "The reality is that people actually tend to panic more, not less, when they are kept out of the loop."

In the aftermath of the Fukushima accident, officials in Japan have been accused of similar breakdowns in communication. The size of the evacuation zone surrounding the plant, for example, keeps changing, and has been disputed by other nations like the U.S. In addition, the permissible radiation exposure for workers at the Japanese plant has been increased to allow workers to spend more time at the plant, calling into question the reliability of safety standards. Petryna says these kinds of inconsistencies not only cause irreparable harm to these anonymous workers, but can also set the stage for future invisible public health crises that may or may not receive a full accounting.

"Just like the post-Soviets survived their share of hardships, the Japanese have survived Hiroshima and other disasters—they have developed ways of dealing with life and death situations. They should be told the truth of what is going on. That is, the extent of what is known and unknown at the present time. Withholding information robs people of their agency and this carries the seeds of negative consequences down the line."

In addition to failures in communication, one of the other major issues during Chernobyl was the lack of scientific response. Although the World Health Organization in 2005 said about 50 people—mostly highly-exposed emergency responders—had died radiation-related deaths, that number, Petryna says, may be woefully insufficient in terms of understanding the full scope of the incident, as consequences like related cancers remain unaccounted for. "If we are to take Hiroshima as a measure, there is at least a 70- to 80-year horizon required to fully comprehend the effects of radiation." Having interviewed Chernobyl first responders extensively, Petryna explains that one of the major lessons for Japan in its response to Fukushima is to develop a comprehensive, long-term epidemiological program that will help educate the global scientific community.

"The scientists who are still trying to piece together information on Chernobyl are largely underfunded and unfortunately not working in a coordinated way. In the meantime, the same mortality numbers are repeated over and over again. But there's so much that isn't known about how the radiation affected people because the initial moments in which it was crucial to obtain knowledge were lost," Petryna says. "Because changes are going on at the chromosomal level upon exposure, blood work is required to monitor effects—these tests were by and large ignored during Chernobyl. It is unclear whether such testing is being conducted, and on what scale, in Japan."

"Chronic low-dose radiation exposure can have ramifications on long-term health. In Ukraine, I would go into clinics and see children who had just had their cancerous thyroid glands removed, and lo and behold, their mothers had that same characteristic U-shaped scar on their necks." – Adriana Petryna

Japan has in fact accomplished a large-scale monitoring program before. In the wake of Hiroshima, the government developed a long-term assessment system for some 80,000 atomic bomb survivors to track increases in the incidence of cancer and non-cancer diseases that continue to be detected. And because the half-life of many of the radioactive materials lasts for decades, protracted review of survivor health is essential to compiling reliable datasets.

"Chronic low-dose radiation exposure can have ramifications on long-term health. In Ukraine, I would go into clinics and see children who had just had their cancerous thyroid glands removed, and lo and behold, their mothers had that same characteristic U-shaped scar on their necks. Although Japan has experience in charting the long-term health effects of Hiroshima—a high-dose radiation release that tends to have less staying power—the study of the health consequences of chronic low-dose radiation releases at Fukushima will require more precise tools."

Much has also been said about the Fukushima 50, the team of workers who volunteered, at great personal expense, to stay behind to try to stabilize the reactors. And though praise for the workers' heroics is unquestionably due, Petryna says we might not be getting the full story from those in charge. During Chernobyl, for instance, it is estimated that 600,000 workers were sent in over the next decades to do cleanup work at the destroyed reactor. Many of those Petryna interviewed were veteran workers at the site who were drawn in by the wages in an effort to provide for their family.

"We have to recognize that those brave 50 in Japan will be replaced by other groups of brave 50 who also may be anonymous. We have to keep an eye out, not just on the initial heroes, but the ones who will be coming in after them and taking in this very high risk."

Petryna, in her book, uses the term "biological citizen" to further explain the individual's role in a disaster of such epic proportions—others who like the Fukushima 50, might be experiencing a vastly different personal experience than the world perceives.

"If you tried to claim you were sick from Chernobyl in the Soviet system, you were branded as a malingerer, a parasite on the system," she says. "When the Soviet Union collapsed, Ukraine acknowledged the extent of suffering, but it acknowledged it in the context of many other unacknowledged disasters in the former Soviet Union: people's family members dying in famines, being sent to the gulags, or getting killed in World War II or in Afghanistan. It's a tragic form of citizenship because it elevates injury to a level of politics, making some forms of suffering more visible and legitimate than others, and that is where the problem lies."

This can again be related back to the disasters in Japan. Because the media has centered its attention on events at the Fukushima plant, the wider picture of the tri-fold disaster has been relegated to secondary headlines. Losing sight of the varying levels of suffering—those who have lost loved ones or been displaced by the earthquake or tsunami—risks again placing the onus on the victim.

"The nuclear disaster is merely part of a much larger tapestry. Japan has experienced a clustered set of disasters on an unprecedented scale. A nuclear plant worker's parents are missing and his town has been wiped out by the tsunami; dead bodies cannot be recovered because of fears of high levels of radiation. We don't have the metrics for understanding how people survive these different events at the same time. By the same token, we should be very careful of the ones we choose."