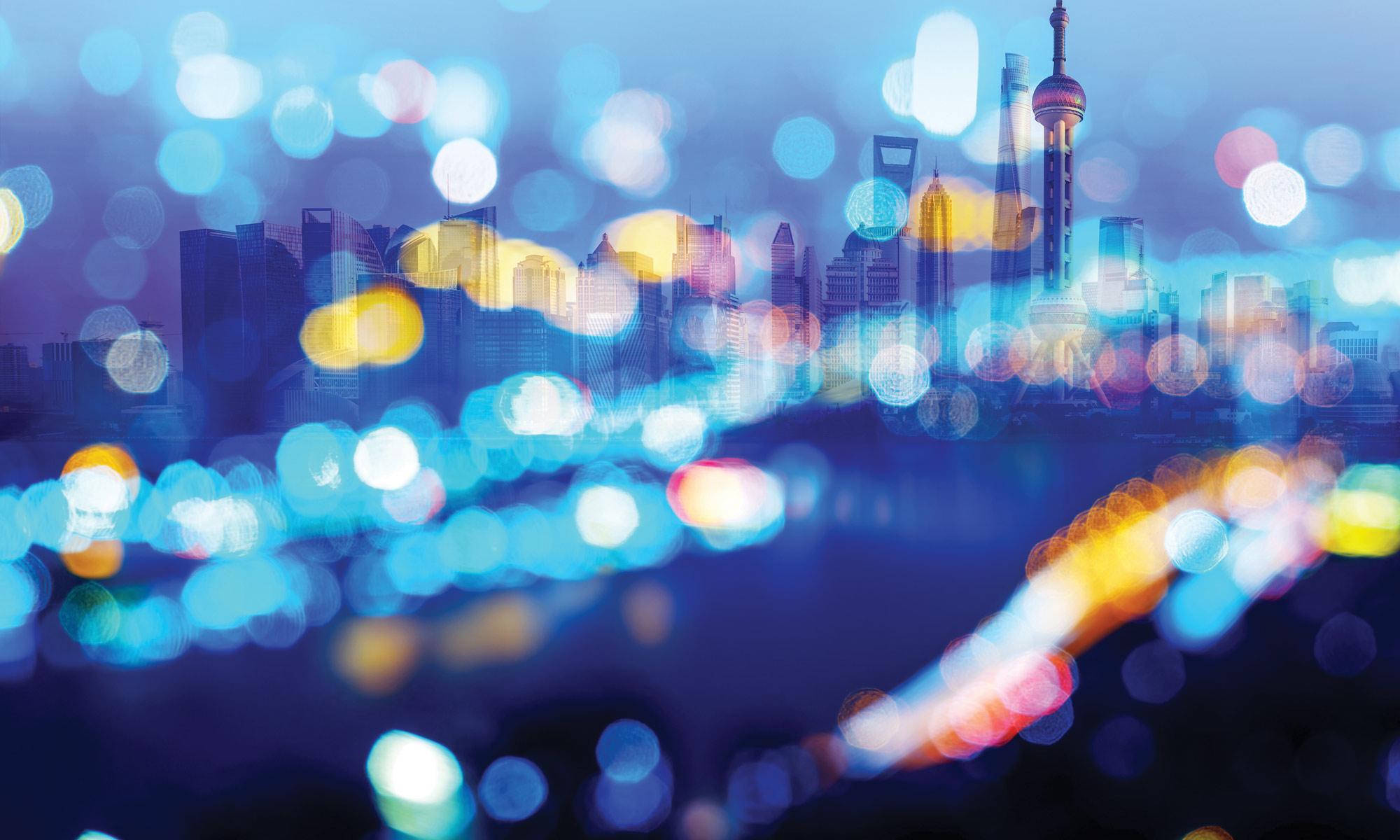 Hanming Fang, Class of 1965 Term Professor of Economics, and his collaborators have created VoxChina.org, a space for discussing China’s economy.

“The Chinese economy is the second largest in the world. But how much do we know about it? Outside of China, very little. And what is known is often biased and partisan,” argues Hanming Fang.

“The best debate at any level should be based on facts, but much of today’s media and policy dialogue is clouded by special interests or particular viewpoints,” says Fang, Class of 1965 Term Professor of Economics. “There is an empty space in discussions about China.”

Vexed by the gap, Fang, an applied microeconomist whose research focuses on labor, public finance, and health care issues both in the U.S. and China, has always believed that this space must be filled by unbiased professional academic economists, who can contribute fact-based research to public discourse.

Toying with the notion of a web-based economics platform turned into actual planning in 2016.

To fill the void, a few years ago he and two other economists—Jian Wang from The Chinese University of Hong Kong and Wei Xiong of Princeton University—created VoxChina.org, a website where experts can share such scholarship with the world.

“More and more, I was noticing high-quality academic papers on many aspects of the Chinese economy,” explains Fang, who at the time was the Acting Director of the National Bureau of Economic Research (NBER) Chinese Economy Working Group and organizer of two NBER conferences a year about the Chinese economy. “It was a missed opportunity that this research was only available to professional economists. I decided it was really time to start pushing the material outside of academic circles.”

And, providentially, at the time, he and Xiong both felt like they were at the right point in their careers “to provide some pure public good,” Fang remembers about starting the volunteer-run, public-facing site.

We put in a lot of thought to ensure VoxChina is independent and transparent. Only if we’re transparent can readers evaluate any potential bias in the authors’ viewpoints.

Fang, Wang, and Xiong, who serve as the site’s Executive Committee, set the tone, mission, and submission guidelines for VoxChina. They hired a web designer and convened volunteer advisory and editorial boards of the most active economists researching the country.

“We put in a lot of thought to ensure VoxChina is independent and transparent. First, we registered it as a nonprofit site with a .org web domain. Second, we required all authors disclose their affiliations and any potential conflict of interest,” Fang emphasizes. “Only if we’re transparent can readers evaluate any potential bias in the authors’ viewpoints.”

In June 2017, VoxChina launched with a mission “to be the bridge on economic issues between China and the rest of the world.”

Modeled after VoxEu.org, the policy portal run by the Center for Economic and Policy Research, a think tank that presents complex economic issues in an accurate and understandable manner, VoxChina features rigorous research-based policy analysis at no charge to readers.

Contributors are leading economists. They write short summaries of their current research, says Fang, “in a way that is digestible for policymakers, industry and lay people, journalists, and other professional economists who don’t always have a lot of time to read long technical papers.”

The site’s daily operations are managed by two paid editorial staff, whose positions are currently funded by Shenzhen Finance Institute out of The Chinese University of Hong Kong, one of VoxChina’s founding sponsors.

Economics from All Angles

Since it went live, VoxChina has published at least one article a week on subjects ranging from credit to trade, bike sharing to aging, and income inequality to China’s stock market.

While the editorial team embraces subject matter diversity and distinct points of view—commentary is also welcome for publication—one consistent expectation is that the style be accessible. “The content may be specialized, but the writing is targeted for a general audience,” Fang says, adding that crafting these summaries often stretches the writing chops of contributors. “Many of our authors tell us they feel their pieces are better because they’re forced to write in a language that isn’t as technical as they’re used to.”

To illustrate the tone and type of the site’s content, Fang points to “The U.S.-China Trade War is Based on Misleading Statistics,” a piece published in July 2018. The authors, three Deutsche Bank economists, argue that when quantifying the U.S.-China trade balance, policymakers ignore a big piece of the trade puzzle, namely the in-country sales of goods produced in China by U.S. companies with subsidiaries there.

They use iPhones as an example. In 2016, 310 million iPhones operated in China, and Apple generated $48 billion in revenue in the country. But these sales aren’t included in the bilateral trade calculations and debate because they’re not produced in the U.S. Rather they’re made in China by Apple’s Chinese subsidiaries. So even if the revenue is Apple’s and benefits the U.S., these sales are not counted as U.S. exports. Supported by their own thorough research, the authors suggest any evaluation of the trade impact on the two nations should consider activities of U.S. companies, like Apple, with localized production and distribution in China.

Although trade discussions like this may be important for global relations and policy, housing-related stories are the most popular among VoxChina readers. “Every other investment in China is dwarfed by the return from investing in housing, so people are closely following the Chinese housing market,” says Fang. “I get calls from investors who are reading our articles about the market and asking when more will be published.”

Over two years, VoxChina has built a steady readership. At this time, the site tracks basic analytics, including number of views and reader geography—50 percent of readers are in China, followed by 25 percent in the U.S., and the rest of the world makes up the balance.

“Each piece averages roughly 4,800 unique views, which come from site subscribers and our posts to VoxChina social media, including WeChat in China, Twitter, and Facebook,” says Fang. “We’re getting out there—when I talk to people in the field about the website, I'm hearing more frequently ‘Oh, I’ve heard of the site,’ or ‘I’ve seen it.’ Earlier on, it was, ‘Never heard of it.’”

As awareness grows, so too does the Executive Committee’s plan for the future. This year, the founders aim to start VoxChina webinars, enabling curious readers to dig deeper into issues and research. “The articles are great but a bit passive. They don’t offer a lot of opportunity for questions,” explains Fang. “We’re exploring adding web-based seminars that people can join to hear author presentations and ask questions in real time.”

Down the road, he envisions taking the conversation offline to in-person forums, gathering economists, journalists, and policymakers to explore different angles of urgent or timely issues.

Fang says it’s too soon to know how VoxChina is contributing to global discussions and policy related to China. For now, he enjoys the entrepreneurial aspect of running a public website and likes getting positive feedback from readers, including his own Penn students.

“I recently taught a new course titled China: Institutions and Economy with Professor Yue Hou from the Department of Political Science. It was the first time Penn offered a course on the Chinese economy, and it was full, which indicates to me a strong interest in the topic,” Fang says. “We invited students, who were mostly seniors, to read VoxChina summaries of our assigned readings. Since then, a few of these graduates have emailed me to tell me what they learned in these readings has been very useful in their new jobs.”

And as a reader of every VoxChina article himself, Fang is also benefitting from the site: “I get to enjoy a broader body of research than I would when limited to sitting on review panels or organizing and attending conferences,” he says.

This added exposure to China’s economy is what Fang hoped for when VoxChina was but a glimmer of an idea in the back of his mind. “What we’re doing with the site is a small effort to bring more facts into dialogues about China,” he says. “Some facts are not well known and others are, but nonetheless all are very important in order to build a constructive relationship between China and the rest of the world.”